We stayed about two weeks in India, and then we decided to head off to Nepal. One of the main things I remembered about Nepal was how small the airport was, it is tiny! I thought it was a waiting lounge. We only stayed in Nepal for about a week and it really deserves two weeks at least if you are doing a short trip, to go on a trek (maybe Annapurna) or visit Pokhara and some national treasures.

We stayed in Thamel which is the tourist part of Nepal, it is not extremely far from the airport and a good price to get from the airport to Thamel is about 300-400 nepalese rupees but average price is 500, be firm if you are negotiating a price because they will likely budge on price. We stayed in a hotel and it was decent, the room was nice but the shower was cold. I would recommend a hotel rather than Airbnb but some of you might choose the hostel option if you’re looking to meet people.

A stupa translated directly means a mound or heap. When you see a stupa then this will make complete sense as they look almost semi-circular. These are typically Buddhist structures which are holy and can contain relics or even bodies of respected people. I remember when we were in Tibet that they said traditionally they may place the body of one of the dalai lamas inside a stupa as a sacred burial. The structures themselves are pretty amazing in person and this is exactly what happened after we finished our climb to the top of the Swayambhunath stupa. It is aptly named the Monkey temple as a lot of monkeys reside at the bottom of the hill and also at the stupa too. It is a definite must see site as you can also get a great view of Katmandu from the top of the hill and the entry was 500 Nepalese rupees. Some important points are to always walk clockwise and if you turn the prayer wheel, also do this clockwise.

The stupa has a dorje/Vajra is a thunderbolt seen at the entrance of the stupa, which some people interpret as an indestructible way or spirit of Buddhism.

This was nowhere near the Swayam Stupa and was abit of a trek to get to it. It is located up a hill but there are less steps and it is found on higher ground. This stupa was equally beautiful and had a lot more space surrounding it, I believe that during the 2008 Earthquake that the bouda stupa required restoration work carried out to it. They say that one you see the eyes of the stupa that you should pray, so if you see it, pray! The fee to get into the stupa complex is the same as above but there are a lot more shops inside and there is definitely more of a touristy feel inside. All the shops are geared towards selling to tourists; from singing bowls, fridge magnets to restaurants selling the view of the stupa whilst eating. Even so, it was worthwhile going in to see the stupa and if you bargain well, you might land a good deal. However my advice on food would be to eat before and then enjoy a drink at one of these rooftop restaurants so you can enjoy the view of the stupa.

There are several legends surrounding the stupa, one legend I heard from a guide was that a woman asked the king if she could build a tower to honour Buddha. She began constructing the stupa but she was unable to finish this, however her sons took on the responsibility and managed to complete its massive structure. Another legend was that a bitter man who had a shop in the complex, who was not religious and cursed those who did come to his shop. Once he had died, he was cast into hell, Buddha rescued him and allowed him to atone for his sins. The angels and demons asked why he did this and he answered that the man once encircled the stupa and so allowed him one last chance to atone for his sinful life. Pretty deep right?

Garden of Dreams and Thamel

The garden of dreams is literally just outside of the Thamel block, you could argue it is still within Thamel. It is a decent site and cheap to get in, the site itself is extremely beautiful and quiet. Information about the garden is scarce but the garden was built as a private garden for Kaiser Sumsher, if you are passing through Thamel then I would recommend a visit and I also believe there is a café inside. 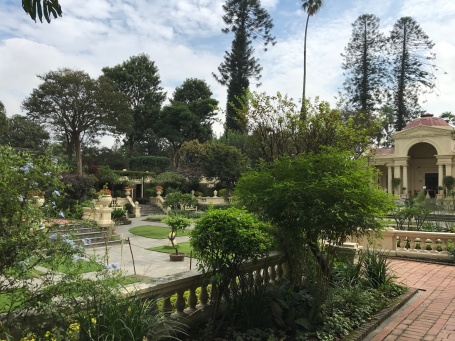 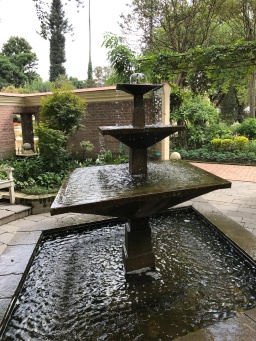 Thamel is the tourist hub of Nepal, all the hostels, hotels and shops are found here. It is a very strange experience because once you enter this area, you immediately become boxed in and the buildings turn into high rises. You will be able to find clothes, souvenirs, restaurants, bars and accommodation here without a doubt. I would highly recommend staying in this area as it will be much easier to have food or find things to do in the Thamel area rather than if you stayed elsewhere.

When we went to the square, there were still some sites under restoration due to the earthquake. There are a few things I want to mention about the square. It is large and there are several buildings you can see, the overall ticket price was 1000 nepalese rupees I believe but provides entrance into all buildings and if you get it stamped, you can keep returning to the square every day. When we arrived and got our ticket and map of the square, a lot of tour guides flocked to us as they could see we were not Nepalese. The average rate they will charge you is from 800-1000 rupees and they will always flaunt the fact that they are official government tour guides whereas cheaper guides are not. I will recommend a tour guide but negotiate a price! Our tour guide followed us into the Kumari house and kept asking us if we wanted a tour, we set a very low price to drive him away as he was too persistent but then we agreed on 600 rupees which he was pleased with. The reason why I suggest a tour is because it was much easier to follow the tour guide than the map, plus you get information about each building.

The Kumari house was interesting because of the culture behind it. The Nepalese choose a pre-teen girl to become kumari, the reincarnation of the living goddess. They have strict criteria for the Kumari such as that she must be of impeccable health, perfect teeth (no cavities), has not begun menstruation, good shape and weight. According to the ritual, they place the kumari in a tower and if she can last the trial without crying or losing face then she is the chosen one to become kumari. So usually, if you enter, then kumari will come to the window where you can catch a glimpse of her but no photos folks!

We also decided to visit Pashupatinath temple which was a hindu temple as we had heard it was a beautiful temple. Unfortunately I would not recommend going because you can only enter the temple grounds if you are hindu and so the entry fee into the complex was wasted. The road to get to the site was quite difficult to walk on as it was muddy which made the experience less exciting. However we did see the crematorium sites, this is where the deceased will have their bodies burnt and then thrown into the Bagmati river. One of the tour guides there said that the rich have their bodies cremated at the site whereas the poor had their bodies cremated in the hospital, which the tour guide found ironic because Western culture may dictate the reversal. It was an interesting site to see but I would recommend steering away from here unless you have a long stay in Nepal and want to immerse yourself in all of the culture.

This was one of our final sites to visit, as we had smashed out all the other places. If you really wanted to, you could probably do all the city sites in one or two days comfortably. This is why if you are staying for 10 days + then I would highly recommend going on a trek and visiting one of the national parks. The monastery was difficult to find as there were hidden steps to the left before it split into a dirt road. If you go past the steps then you will have to backtrack (which we did twice!) but once you enter the monastery, it really is a site. There is a garden and ornate statue there which was what I imagined nirvana would be like and of course there was the monastery café which was amazing, especially after the long trek up.

Dal bhat is the national dish of Nepal and I had to try it. It was delicious and you can have buffalo curry with it. It is essentially a thali and you have to try it.

Momos for days, these remind me of the dumplings my mother makes and they are just that but with a Nepalese twist. They are delicately spiced with a curry flavour and come with a spicy tomato sauce, so good. These momos have a tibetan influence as this is where they originate from. We also tried another type of dumpling called yomari, which is a dumpling filled with sugar cane and some sort of sesame, it was sweet and bitter but I wasn’t a huge fan.

We also tried a tibetan hotpot dish which was really good value for money. Meat, fish, veg and noodles in a hot broth for roughly 1000 rupees! I thought I would also add a picture of some great beverages, one was everest beer (so good – light and malty) and the other was a tibetan hot beer called tongba (hot water and millet seeds which release alcohol – kinda sweet/malty). 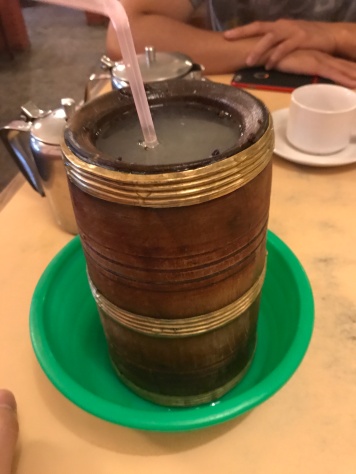 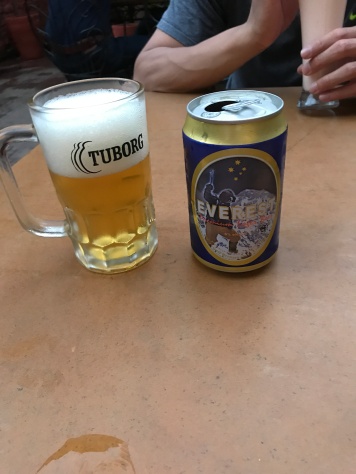