Its been a while. Alot has happened this last year, after the world tour I slowed down with the travelling. I have had short breaks to Dublin and had a stag do in Prague. I even took my parents to South Korea as a family trip.

This will mark my first blog of 2020 and hopefully the first of many to come. We decided to go to Norway as we wanted to see the Northern lights but also go dog sledding. I thought it would be very similar to Iceland but I was pleasantly surprised, I enjoyed it much more!

Where did we go?

I wasn’t entirely sure where to visit. It was much easier to fly into the capital (Oslo) than anywhere else and cheaper. I thought it would be best to go up north if we wanted to see the Northern lights. Tromso/Alta were recommended as they are inside the Arctic circle – dark areas where you have more chance to see the aurora borealis.

The missus also said that she wanted to visit Bergen as she had read the train journey to Bergen is supposedly one of the most scenic train routes in Europe. So our itinerary was sorted, fly into Oslo, hop on a train to Bergen then high-tail it to Tromso.

Most of the Scandinavian countries are expensive due to the economy and high taxes (but quality of life is high too). I remember people saying how expensive Iceland was and I can’t really remember how much things were.

In Norway, it was roughly 1GBP to 10 Norwegian Krone. We spent 7 days in Norway and living costs spent £63 each every day – that includes food, travel, entry into sites. The train from Oslo to Bergen was £60 one way, flight from Bergen to Tromso £80 each. The activities were the most expensive, the dog sled tour cost us £170 each and snow mobile tour was £170 also. A northern lights tour will set you back around £80.

The cost of a 1L bottle of water was around £1.50, food ranges from £14-£28 per dish. The portions in Norway are however quite generous. My advice would be not to get food in the tourist cafes as they were costly and the quality wasn’t the best.

The capital has a plethora of museums and surprisingly I enjoyed the mini bottle museum the most. It was playful and boasts the largest mini bottle collection in Europe. The displays were well set up and there was information about each collection and about the alcohol too. If you do visit, I would go to Rice bowl for lunch which was a thai restaurant nearby, probably the best food I have had outside of Thailand!

Unfortunately the National gallery was closed for renovation and I read this was where the famous “Scream” painting by Munch was housed. Instead we went to the Munch museum where the famous Norwegian painters artworks are housed, there was a small collection of his works and other artists. Something interesting I learned was that whenever Munch sold off a painting, he would paint at least one copy to keep. So there are actually a few versions of “The Scream”.

The Nobel peace museum was another interesting visit, the exhibition changes depending on the winner of the prize that year. Interestingly enough, winners are chosen several decades in advance but you can have several nominations.

The viking museum was also pretty cool, it was only one floor and there wasn’t much on display. It would’ve been better to have a guided tour included but actually seeing viking ships in real life was crazy! 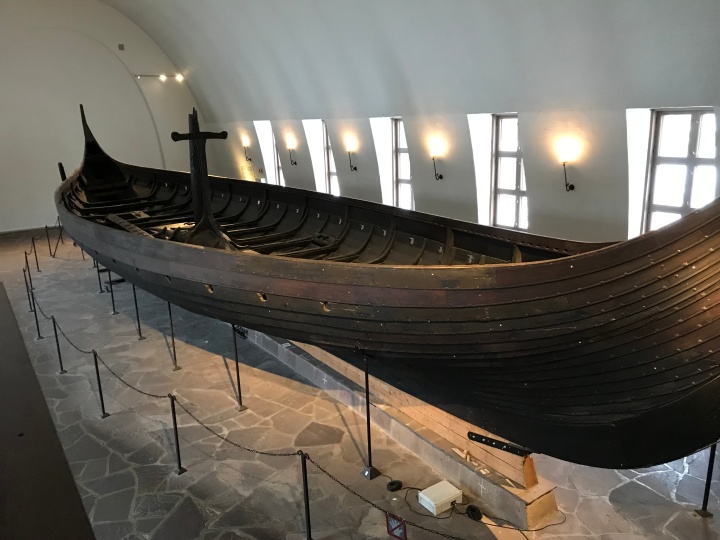 Sauna by the Fjord

I read about floating saunas which are docked near the Opera house. The Akerselva river flows into the centre of Oslo and you jump into it to cool down. I was super-excited to try it out and there are a few places to try it out: SALT, KOK, Greenboats and Oslo fjord sauna.

We missed the drop in for Oslo-fjord which was 7-9am and KOK had a private hire on. SALT had an open sauna from 3-5pm and it was the largest of all the venues. There was even a restaurant/cafe there, this would be perfect for large groups, food and drinks after a sauna sesh. However you can’t jump into the Akerselva.

I was pretty disappointed as SALT didn’t have the experience I was looking for, KOK was closed, the sauna boat for Greenboat was nowhere to be seen and so we tried our luck at Oslo-fjord sauna on the other side of the harbour. There are three sauna huts available and we asked the owner who said drop in was closed but said one sauna was free for an hour. I was so happy! We had the sauna to ourselves and then dunked into the -2C freezing river, what an experience! If you have a large group, then book out a sauna at Oslo-fjord sauna!

There were two hikes we could have done, one up Floyen and another up Ulrichen. Our host said the view at Ulrichen was better but Floyen was an easier hike. We decided to go up Floyen as we went on a cruise in the morning, the view from the top is lovely but don’t grab anything at the cafe, not the place to go for a cup of tea and a pastry.

We hopped onto a cruise at 10am till 1pm and it was only £50 per person, the views were amazing and we really enjoyed it. Although it was freezing, I would go again and probably venture out further.

A UNESCO site, the cultural village is very colourful and boasts original Norwegian houses which are now tourist shops and even office spaces. It doesn’t take long to walk around the area but a must do if you are in Bergen.

In Tromso, the most popular tours I saw were dog sledding, reindeer sledding and northern lights tours.

I did enjoy the snow mobile tour but there were alot of snow showers and I expecting more of an open space to have fun with the mobiles. The dog sled tour was an overall better experience as you had the dog sled, visit to the dog kennels and then lunch. I think some of the tourists enjoyed playing with the dogs alot more than the sled!

We didn’t book a Northern lights trip but you can book it on the day if you wanted to, there are so many. The weather conditions seemed too cloudy to see the aurora but in hindsight, it would have been nice to see it. The tours last a few hours, even going until 3am. The buses will travel to the borders of Finland and edges of Norway to get a glimpse of the lights.

Tromso city was very idyllic and the harbour was nice, although there were some blizzards. The shopping centre is actually quite large and it reminded me of Reykjavik but a juiced up version. You have to visit the “smallest bar in the universe” where they serve vegan/beef/reindeer hotdogs.

I would definitely visit Fjellheisen as the view from the top is great but if you can try to hike up during the day and then get the cable car back down as it is a whopping £23 to a round trip journey.

I have found in my previous visits to Scandic countries that the food is quite similar, hearty stews, fish and cold cuts. In Norway, the food was similar to Icelandic food where their national dish is also Lamb stew. I enjoyed the reindeer hot dogs, lapskaus (lamb stew), fish and the highlight was the brown cheese – goats cheese which is cooked so long until it caramelises – kinda sweet and salty.